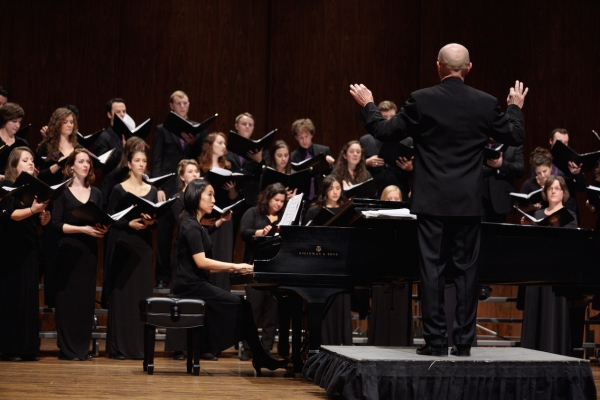 Music dealing with suffering and redemption, including the world premiere of Robert Kyr's "The Rose Led Us To Our Eyes."