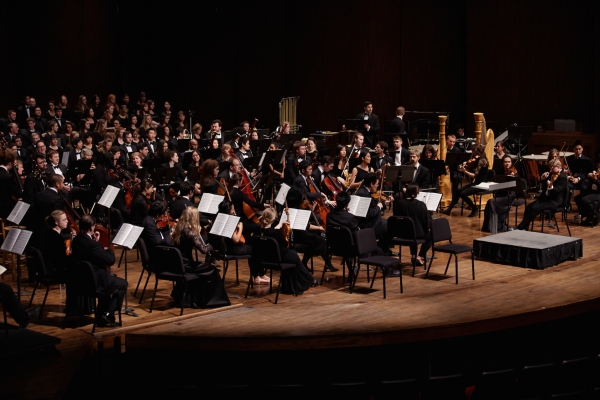 David Alexander Rahbee and Stephen Stubbs share conducting duties in this program of works by Gluck and Haydn, presented on the mainstage of Benaroya Hall, home of Seattle Symphony.

With his direction of Stefano Landi’s La Morte d’Orfeo at the 1987 Bruges festival, he began his career as opera director and founded the ensemble Tragicomedia. Since 1997 Stephen has co-directed the bi-annual Boston Early Music Festival opera and is the permanent artistic co-director. BEMF’s recordings of Conradi’s Ariadne,Lully’s Thesee, and Psyché were nominated for Grammy awards in 2005, 2007, and 2009.

In 2008 he established Pacific MusicWorks. The company’s inaugural presentation was a revival of South African artist William Kentridge’s acclaimed multimedia marionette staging of Claudio Monteverdi’s penultimate opera The Return of Ulysses in a co-production with the San Francisco Museum of Modern Art. After a warmly received 2010 presentation  of Monteverdi’s monumental Vespers of 1610 at Seattle’s St. James Cathedral, PMW presented a full subscription season, opening with a program based on the Song of Songs and ending with two triumphantly successful performances of Handel’s early masterpiece,  The Triumph of Time(1707).