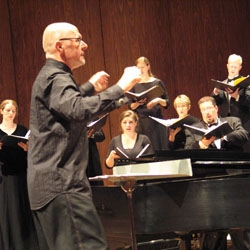 With or Without You,  by U2 , arr. George Chung