New appointments at the School of Music for 2016-17 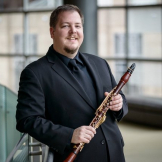 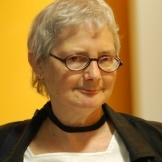 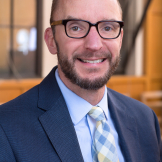 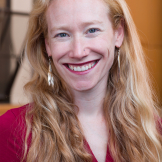 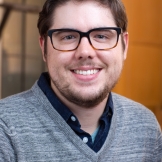 Jon Hil joins the School of Music faculty in Fall 2016 as a part time artist in residence in tuba performance. A 2009 Graduate of the School of Music, Hill also has studied at the Julillard School and Yale University. Recent performance and recording engagements include work with the Seattle Symphony and Opera, the Tubaluba brass band, and Macklemore & Ryan Lewis as well as commercial soundtracks including Halo: Reach and The Last Stand, ODESZA.

Claire Jones joins the School of Music faculty in Fall 2016 as a part time lecturer in the Ethnomusicology program. Jones began studying Zimbabwean music at the UW in 1976 with the late Dumisani Maraire, the first Visiting Artist to teach Zimbabwean mbira and marimba at the UW (and North America). Claire became a member of the traditional mbira group Mhuri Yekwa Muchena while living in Zimbabwe in the late 1980s, and is the author of Making Music: Musical Instruments in Zimbabwe Past and Present (Baobab/Academic Books 1992). She holds a doctoral degree in Ethnomusicology from the UW and conducted her dissertation studies on the modern Zimbabwean marimba.

Joe Kinzer has been appointed the School of Music’s new ethnomusicology archivist. Kinzer, a PhD student in the School’s Ethnomusicology program, takes over the archives from longtime archivist Laurel Sercombe, who retired in June after 34 years as archivist. Joe holds an M.M. degree from North­ern Illi­nois Uni­ver­sity with a con­cen­tra­tion in Eth­no­mu­si­col­ogy and South­east Asian Stud­ies. His dissertation work at the UW explores per­for­mance of tra­di­tion and her­itage in con­tem­po­rary Malaysian insti­tu­tional set­tings, such as arts con­ser­va­to­ries and min­istries of cul­ture.

Ben Lulich begins a new part-time appointment as an artist in residence in clarinet at the School of Music, effective in Fall 2016. Lulich, newly appointed principal clarinetist for the Seattle Symphony, has held positions in a number of symphony orchestras and appears frequently with The Cleveland Orchestra, Los Angeles Philharmonic, Los Angeles Opera, Pasadena Symphony, IRIS Orchestra and many other ensembles. An avid new music and chamber music performer, Lulich studied at Interlochen Arts Academy, Cleveland Institute of Music, Yale School of Music, Pacific Music Festival and Music Academy of the West, and his teachers include Richard Hawkins, Franklin Cohen, David Shifrin, Fred Ormand and Laura DeLuca.

Bonnie Whiting joins the School of Music faculty in Fall 2016 as Chair of Percussion Studies. Bonnie Whiting performs and commissions new experimental music for percussion. She seeks out projects involving non-traditional notation, interdisciplinary performance, improvisation, and the speaking percussionist. Whiting attended Interlochen Arts Academy, Oberlin Conservatory (BM), University of Cincinnati College-Conservatory of Music (MM), and University of California San Diego (DMA.) She has served on the faculties of the University of Alaska Fairbanks, the DePauw University School of Music, and as a lecturer at UC San Diego.