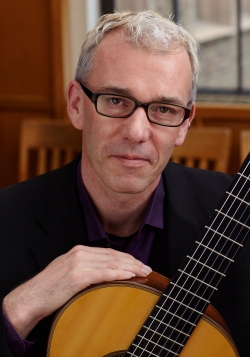 Geoffrey Boers, director of Choral Activites at the UW and conductor of the Tacoma Symphony Chorus, is lead organizer of a collaboration by several regional arts education and performance organizations this March presenting “Passion, Compassion, Empassion,” a celebration of the enduring influence of J.S. Bach’s Passions on modern-day scholars, performers, and composers. The celebration, running March 8 through 23, features lectures, public forums, and performances of three modern passions by Tacoma Symphony and Chorus, Pacific Lutheran University’s Department of Music, and the UW School of Music.

“Scheduled performances of two modern passions by Tacoma-area music groups led to the creation of a project designed to highlight these rare performances,” Boers says, “as well as give the audience an insight into the historical passions of J.S. Bach and the current popularity of the passion as an artistic work and expression of social justice.”

Central performances include a March 20 concert by the Tacoma Symphony and Chorus of Tan Dun’s Water Passion after St. Matthew; a March 23 concert by Pacific Lutheran University’s Choral Union and Choir of the West and the PLU Symphony Orchestra of Sven-David Sandström’s new St. Matthew Passion; and a March 13 performance of Arvo Pärt’s groundbreaking St. John Passion by the UW Chamber Singers.

In a second, earlier performance, the Chamber Singers, under Boers’ direction, debut their program at 7:30 pm March 9 at the UW’s Meany Theater in a joint concert with the UW Chorale, Giselle Wyers, conductor.

Patricia Campbell, head of UW Ethnomusicology and professor of Music Education, is in residence at Cal State-Fresno in March. She also delivers several lectures in the coming months, including talks in April at the School of Oriental and African Studies at the University of London and the University of Colorado and a keynote address, “The Future of the Liberal Arts Music Curriculum,” in May at Grinnell College, American Association of Liberal Arts Colleges.  Dr. Campbell also was reappointed recently to a second three-year term as Chair of the Advisory Board of Smithsonian Folkways Recordings (SFRB) Read more here).

In other research and publication activities, Dr. Campbell:

Vibraphonist (and Head of Percusison Studies) Tom Collier—whose UW retirement in June 2016 is on the near horizon—presented his penultimate Mallethead Series concert Friday, Feb. 12 at the UW’s Meany Studio Theater. Appearing with Collier were longtime musical cohorts bassist Dan Dean and drummer (and Origin records head honcho) John Bishop, who both have played prominent roles in the percussionist’s recent recording activities. Dean, who has been Collier’s musical partner since the mid-1960's, produced and performed on Collier’s Origin release “Across the Bridge,” which has earned favorable reviews from a variety of jazz publications, including Downbeat. Bishop also performs on the recording, as do renowned guitarists Larry Coryell and Bill Frisell.

Collier next appears at Tula’s on Sat. Feb. 27 with a quartet featuring faculty pianist Marc Seales, who recently returned from performance and recording engagements with saxophonist Ernie Watts. Seales is also on the bill with Collier and others for the percussionist’s final Mallethead concert, May 27 in the Meany Studio Theater.

In other activities, the Wind Ensemble has recently been involved in several premieres and commissions, including the group’s December Northwest premiere of Luminosity, Pulitzer Prize winning composer Joseph Schwantner’s newest work for wind ensemble. The Ensemble also has instigated a consortium commission by UW faculty composer Huck Hodge. Hodge’s new work—a concerto for trumpet and wind ensemble—will be premiered next season by the Wind Ensemble and faculty trumpeter David Gordon. Seventeen universities - including Indiana, Yale, Michigan State, Minnesota, SMU and Hartt (among others) - have responded to the invitation to join the commission consortium for this project.

In recent outreach activities, Salzman conducted the United States Army Field Band a second time on the final concert of the National Flute Association convention in Washington, D.C., and served as principal guest conductor of the Shanghai Wind Orchestra for the group’s 15th anniversary concert in December. Most recently, Salzman conducted the honors wind ensemble at the Texas Music Educators Association Region Two conference in Dallas.

Choral Conducting chair Giselle Wyers and her University Chorale were recorded recently by a producer from Minnesota Public Radio who came to the group's rehearsal to record video of the choir for its “choral streams” website and Facebook page.

In other recent activities, Wyers:

Michael Partington, head of the UW’s guitar program, recently presented the premiere performance of Watts Chapel, a new work written for him by Welsh Composer Stephen Goss. Goss is a faculty member at the Royal Academy of Music in London, and head of composition at the University of Surrey. Partington’s Feb. 7 concert was part of the Xavier Music Series in Cincinnati. More concerts scheduled in several other Western US states and a UK tour in March will include a recital at the International Guitar Research Center festival.