Music is Our Research: Recent publications and recordings 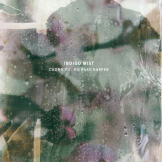 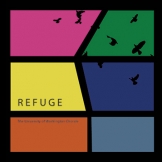 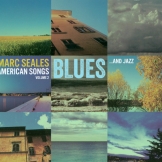 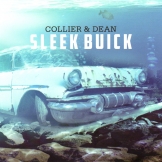 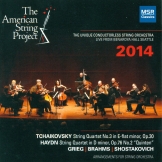 Recent publications and recordings by School of Music faculty and students demonstrate a breadth of research interests and areas of knowledge. Following are a few among many recently completed projects.

Indigo Mist: That the days go by and never come again
The ghosts of Duke Ellington and Billy Strayhorn presided over the recording of “That the days go by and never come again,” the 2014 RareMusic release from Indigo Mist, known more familiarly around the School of Music as the Vu Karpen Project—a collaboration of faculty artists Cuong Vu (trumpet), Richard Karpen (piano and live electronics), Luke Bergman (bass), and Ted Poor (drums). The group’s experimental art music, which layers the musicians' work with live electronic iPad performances by students and research associates of UW Music and the Center for Digital Arts and Experimental Media, results in a set of covers and original music paying tribute to the jazz icons in a bold and uncompromising fashion, while at the same time, as Vu says, “flipping the whole idea of playing ‘jazz’ upside down.”
Listen: Duke, Indigo Mist  |  Charles, Indigo Mist

Craig Sheppard: Claude Debussy: Estampes, Images, I and II; The 12 Etudes; Hommage à Haydn
Pianist Craig Sheppard continues his laser-sharp treatment of the music of Debussy in this 2013 release from Romeo Records, recorded live at Meany Theater in April 2013. The follow up to his 2012 release of Debussy’s 24 Preludes, this double-disc release earns critics’ praise and places the pianist rightfully among the world’s notable interpreters of Debussy’s music. A review of the release in Fanfare notes Sheppard’s distinct approach to silence as a hallmark of his unusual approach: “Where Sheppard’s interpretations strike the ear as unusual is in his use of silence: the spaces between phrases and notes, rather than the notes themselves. His very personal approach to these pauses opens up the music in a way that some Debussy lovers will embrace and others, perhaps, reject, but they mark his playing as unique and will continue to do so.”
Listen: KING FM Insight: Craig Sheppard on "Cloches à travers les feuilles" from Debussy’s Images

Huck Hodge: Life Is Endless Like Our Field of Vision
In his 2014 New World Records release, composer Huck Hodge demonstrates the sonic approach that has made him one of the country’s highly decorated young composers. Collecting work performed or commissioned in the past six years by leading new music groups such as New York’s Talea Ensemble and JACK Quartet, as well as his own solo performance for piano, melodica, and live electronics, the disc displays novel techniques and, according to UW colleague Jonathan Bernard, in the liner notes to the release, “a breadth of conception that is refreshing to encounter in such a young composer while also indicating the process of rapid development that has characterized his trajectory so far.”
Listen: Alêtheia - L'Ensemble Aleph (Paris)| Enemble Isomnio (Utrecht)

Christina Sunardi: Stunning Males and Powerful Females; Gender and Tradition in East Javanese Dance
In east Javanese dance traditions like Beskalan and Ngremo, musicians and dancers negotiate gender through performances where males embody femininity and females embody masculinity. In her forthcoming publication from University of Illinois Press, Christina Sunardi ventures into the regency of Malang in east Java to study and perform with dancers. Through formal interviews and casual conversation, Sunardi learns about their lives and art. Her work shows how performers continually transform dance traditions to negotiate, and renegotiate, the boundaries of gender and sex—sometimes reinforcing lines of demarcation, sometimes transgressing them, and sometimes doing both simultaneously. But Sunardi’s investigation moves beyond performance. It expands notions of the spiritual power associated with female bodies and feminine behavior, and the ways women, men, and waria (male-to-female transvestites) access the magnetic power of femaleness.

The American String Project 2014: Live from Benaroya Hall
The conductorless chamber music ensemble, founded by UW double bass instructor Barry Lieberman and spouse, violinist Maria Larionoff, played to general acclaim in a string of Benaroya Hall performances between 2002 and 2011. This MSR Classics recording, including works by Tchaikovsky, Haydn, Grieg, Brahms and Shostakovich, captures highlights of the group’s 2011 season, which marked the conclusion of Phase One of the Project. Phase Two, marked by a focus on educational endeavors and chamber music performances, continues in 2015 with a May 11, 2015 School of Music concert, among other activities.

University of Washington Chorale: Refuge
The University Chorale, under the direction of Giselle Wyers, released its second solo CD, Refuge (2014), a collection of modern choral works from North America, Russia, Argentina, Austria, and England. The disc, co-produced by Bill Levey and Giselle Wyers, features tracks recorded at St. Joseph’s Church in Seattle by the School of Music’s own Gary Louie as well as bonus tracks recorded by Louie and assistant Andrew Foster at the UW’s Meany Hall.
Listen: Os Justi, Refuge