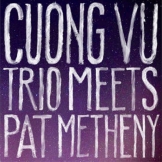 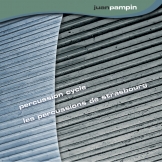 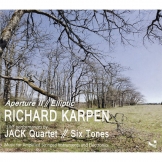 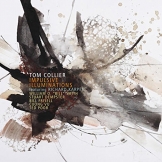 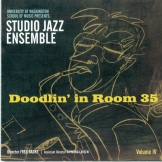 Recent recording projects by UW Music artists play to the strengths of the School of Music's performance and composition faculty, in tribute to revered composers and in the act of creating new works in a range of genres.

Guitarist Pat Metheny fulfilled a longtime wish to join the band of his group’s former trumpeter (and UW Jazz Studies Chair) Cuong Vu last year with a recording session in New York with Vu and bandmates Stomu Takeishi (bass) and Ted Poor (drums). The result, The Cuong Vu Trio Meets Pat Metheny, released in May on the Nonesuch label, takes an exploratory approach to music-making in keeping with the trio’s modus operandi. NPR’s “Fresh Air” jazz critic Kevin Whitehead noted the music “veers from the raucous to the sweet. But the center holds. The extremes balance out and enrich each other. The rough and smooth give each other context.”

Fans of the work of UW faculty composer Juan Pampin overflowed the stage of the Meany Theater in 2011 when the internationally renowned Percussions de Strasbourg performed his Percussion Cycle in a surround-sound arrangement with the audience seated onstage with the musicians. In his 2016 Sargasso release, the ensemble reunites with the composer for a reprise of the piece, composed of four inter-related works—Métal Hurlant, Toco Madera, Skin Heads and On Space—exploring the material, timbral, and spatial aspects of the instruments, the audience, and the performance setting.

UW faculty composer Richard Karpen collaborated with two distinct groups of musicians on his latest release on the Neuma label, developing the two works on this disc, Elliptic, and Aperture II, in concert with the musicians of New York’s JACK Quartet and the Vietnamese-Swedish ensemble Six Tones during a 2014 residency at the University of Washington. The music for live electronics and string quartet, dàn tranh, dàn bau, and six-string and Vietnamese electric guitars illustrates Karpen’s collaborative approach to composing, in which the music emerges in the collaboration between himself and the performers.

The fourth annual recording project by the UW’s Studio Jazz Ensemble under the direction of Harry James bandleader Fred Radke wrapped in September 2015 at Seattle’s London Bridge Studio, with the students interpreting music by Charles Mingus, Thad Jones, Billy Strayhorn, and others. This eight-track set, produced by Dan Dean and recorded by Dean with Reed Ruddy, gives each ensemble member moments in the spotlight, with notable solos by trumpeter Ray Larsen, pianist Melvin Soetrisno, drummer Tai Taitano, and saxophonists Brendan McGovern and Sidney Hauser, to name a few.

For 26, her second release on the Virginia-based Sono Luminus label, faculty violist Melia Watras gathers world-class violists to perform and share their own works with one another. Watras, her former professor Atar Arad (soloist and former Cleveland Quartet violist) and Garth Knox (formerly of the Arditti Quartet) contributed compositions to this collection, named for the number of strings on the instruments used: two violas, one violin, and the 14-string viola d’amore. Joining the composers in performing this set are violinist Michael Jinsoo Lim (Pacific Northwest Ballet) and UW composer/digital artist Richard Karpen.