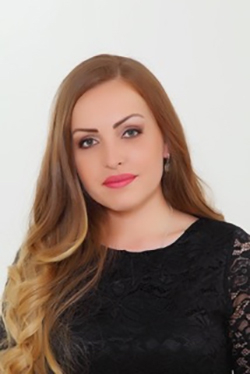 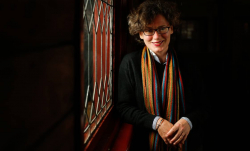 Fulbright Scholar Margaret Barrett is from the University of Queensland, Australia.
View gallery

The Music Education and Ethnomusicology programs at the School of Music play host to two Fulbright Scholars in Music this quarter, welcoming Ana Borisova Ganeva from the University of Veliko Tarnovo, Bulgaria, and Margaret Barrett from the University of Queensland, Australia. Both are collaborating in research activities in Music Ed and Ethnomusicology with UW Professor Patricia Campbell.

"This is a first—at least in my 30 years on the faculty," Campbell says. "Fulbright scholars are rare, and to have two on board with us is special. Our students are excited!"

Ana Borisova Ganeva (PhD), assistant professor of music at St. Cyril & Methodius University of Veliko Tarnovo, Bulgaria, is a much-recorded member of the world touring ensemble Le Mystere des Voix Bulgares. Her PhD is in folklore and pedagogy, and she studied traditional Bulgarian ornamentation. At the School of Music this quarter, she co-teaches Music 445: Child Voice/Child Song, furthering her research on vocal production and “ornament mastery.” She also is at work on developing a pedagogical sequence for Bulgarian polyphonic song—for children, adolescents, and adults. Dr. Ganeva will share her expertise in the area of diaphonic songs with students of the University Chorale and is scheduled to appear in performance with the group later this spring.

Margaret Barrett (PhD) is professor of music and head of the School of Music at the University of Queensland, Australia. She is founder of the Creative Collaboratorium at the university (involving faculty and fellows in performance and musicology) and serves as director of the Australian Music Centre.  Her funded research encompasses arts engagement for young people, children’s musical thinking, and the pedagogy and practice of creative thinking in music. Author of more than 100 publications, including Collaborative Creativity in Musical Thought and Practice and A Cultural Psychology of Music Education, Dr. Barrett will continue her research into children’s singing and song-making while at the UW, guest-teaching in Music 445: Child Voice/Child Song.

The Fulbright Program was established in 1946 under legislation introduced by then-Senator J. William Fulbright of Arkansas. Sponsored by the U.S. Department of State’s Bureau of Educational and Cultural Affairs, the program awards about 8,000 grants annually. Roughly 1,600 U.S. students, 4,000 foreign students, 1,200 U.S. scholars, and 900 visiting scholars receive awards, in addition to several hundred teachers and professionals. According to Fulbright Program statistics, some 370,000 scholars have participated in the Program since its inception in 1946.