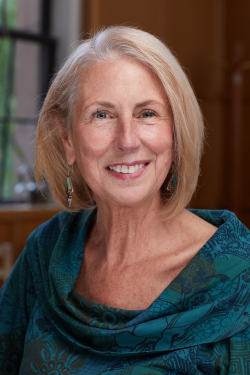 School of Music Professor Patricia Campbell has joined the board of the Association for Cultural Equity (ACE), accepting an invitation extended by Anna Lomax Wood, anthropologist and daughter of musicologist Alan Lomax.

“ACE is the archive (recordings and films) of Alan Lomax, John Lomax (father), and Bess Lomax Hawes (sister) that encompasses historic recordings from about 1915 to the late 1990s, a goldmine of recordings that are highly valued by musicologists, ethnomusicologists, folklorists, historians, and Americanists of every sort,” Campbell says. As a member of the ACE board, Campbell expects to help with the development of teaching and learning projects related to the historical study of American music, a role for which she is abundantly qualified.

“I’ve been involved for over a decade in developing resources for teaching/learning (as have some of our former students), and in the repatriation of African American music from the Mississippi hill country,” she says. “ACE is the online link to these archived recordings of artists such as Leadbelly, Robert Johnson, Almeda Riddle, Bessie Jones, Hobart Smith, Mississippi Fred McDowell, and the Seegers, and to the Global Jukebox whose contents include music from a vast mix of world cultures. ACE maintains a special relationship to the American Folklife Center of the Library of Congress, where all original field recordings of the Lomax family are deposited.”