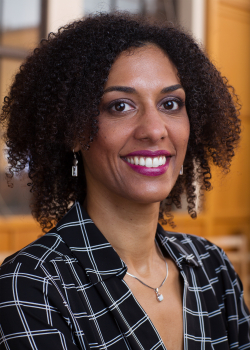 The University of Washington Department of Dance announced Feb. 10 the appointment of School of Music associate professor Christina Sunardi as the department’s next chair, effective July 1, 2020.

The announcement was shared via a letter to UW Dance faculty, staff and students signed by UW Dance faculty Rachael Lincoln and Hannah Wiley (interim co-chairs), and Associate Professor Jennifer Salk, who steps down on June 30th after six and a half years as department chair.

Professor Sunardi has been teaching at the UW since 2008. Chair of the School of Music Ethnomusicology program, her research interests include performance, identity, spirituality and ethnography in Indonesia, with her work particularly focused on the articulation of gender through music, dance, and theater in the cultural region of east Java.

In her years at the School of Music, she has been instrumental in enhancing the School’s instruction in the area of Javanese gamelan performance, bringing visiting artists to the School to work with UW students, and overseeing the School’s acquisition of its own set of gamelan instruments.

Her publication highlights include articles in Bijdragen Tot de Taal-, Land en Volkenkunde, Asian Music, and Ethnomusicology, as well as reviews in the Journal of Folklore Research Reviews, American Journal of Islamic Social Sciences, and Indonesia. Dr. Sunardi has been studying and performing Javanese arts since 1997 in Indonesia and the United States, earning her Ph.D. in music from the University of California, Berkeley in 2007. Her book about the negotiation of gender and tradition through dance and music in east Java was published by the University of Illinois Press in 2015.