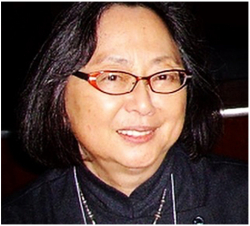 Field recordings of traditional Afghan music recorded in the late 1960s and early 1970s by former longtime UW Ethnomusicology professor Hiromi Lorraine Sakata have been added to the National Recording Registry of the United States Library of Congress.

The recordings by Sakata, who served as professor of Ethnomusicology at the UW from 1977 to 1997 followed by a distinguished career at University of California, Los Angeles, were added to the registry alongside 24 other recordings representing a wide swath of American recorded sound heritage. The Village People’s “Y.M.C.A.,” “Cheap Trick at Budokan”; and the original 1964 Broadway cast recording of “Fiddler on the Roof” were a few of the other inductees selected for 2019, along with work by pop artists Whitney Houston, Tina Turner, Dr. Dre, and Selena.  A complete list of 2019 inductees may be viewed here.

The Hiromi Lorraine Sakata Collection of Afghan Traditional Music (1966-67; 1971-73), housed in the University of Washington Libraries’ Ethnomusicology Archives, includes more than 50 hours of important field recordings of singers and instrumentalists from the provinces of Kabul, Khandahar, Urozgan, Nangarhar, Herat, Balkh, Nuristan, Badakhshan, and Hazarajat. They document musical traditions long since disrupted or destroyed by invasion, civil war, and social upheaval, as Sakata noted in her 2002 book Music in the Mind: The Concepts of Music and Musician in Afghanistan.

“The National Recording Registry is the evolving playlist of the American soundscape,” Librarian of Congress Carla Hayden wrote in a March 20 news release announcing the 2019 inductees. “It reflects moments in history captured through the voices and sounds of the time. We received over 800 nominations this year for culturally, historically or aesthetically significant recordings to add to the registry. As genres and formats continue to expand, the Library of Congress is committed to working with our many partners to preserve the sounds that have touched our hearts and shaped our culture.”

More information on the National Recording Registry, audio clips, background on registrants, and other Library of Congress resources may be found here.