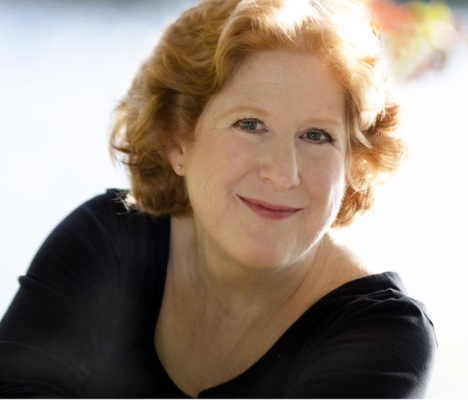 Moderator Bio
Leslie Amper: A scholar and practitioner of contemporary music, concert pianist Leslie Amper teaches at the Longy School of Music of Bard College, the New England Conservatory Preparatory Department, and Wheaton College. In addition to her live performance career, she has compiled piano accompaniments at the Harvard Film Archives for the short films of Georges Méliès and King Vidor’s The Crowd, among others, and performed the musical component for the Smithsonian American Art Museum exhibition 1934: A New Deal for Artists.

Patricia Shehan Campbell: Professor, UW Music Education/Ethnomusicology: School of Music Professor Patricia Shehan Campbell’s teaching and research interests include music for children, world music pedagogy, and ethnographic research in music. As Chair of the Board for Smithsonian Folkways over the past decade, she has guided the curricular development of archived recordings for the dissemination through teaching of American and global music expressions in schools and communities. Since 2009, she has been a regular contributor to projects of the Association for Cultural Equity, including curricular design and repatriation efforts of the archived recordings of Alan Lomax.

John Hanford, Lecturer, UW Music History: John Hanford has performed and studied music in Seattle for over 40 years. His main musicological interest is in the field of American popular music. He holds degrees in both political history and musicology from the University of Washington. In addition to teaching music history at his alma mater, Hanford gives guitar instruction and regularly performs and records with several rhythm and blues, country & western, jazz, and rock and roll bands. Since 2003, he has been guitarist for The Wailers, a seminal Northwest band founded in 1959.

Margaret O’Mara, Professor, UW History: Margaret O’Mara is Professor of History at the UW, teaching and writing about the political, economic, and metropolitan history of the modern United States. She spent the early years of her career working in national politics and policymaking, an experience that showed her the critical role of historical knowledge in understanding the present and informing the future. Her book Pivotal Tuesdays (University of Pennsylvania, 2015) explores four game-changing Presidential elections of the 20th century (1912, 1932, 1968, 1992) and places these campaign sagas in broader social and cultural context.

Barry Witham, Professor Emeritus, UW School of Drama: Barry Witham is Professor Emeritus of theatre history. He has published in numerous professional journals and read papers at national and international conferences. He is co-author of Uncle Sam Presents, a memoir of the Federal Theatre Project and editor of Theatre in the United States: A Documentary History. His recent book, The Federal Theatre Project: A Case Study, (Cambridge, 2003) was honored as "an outstanding academic title" by Choice Magazine.