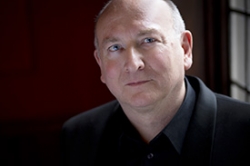 The University of Washington School of Music gains new expertise in early music with the appointment of lutenist and baroque opera specialist Stephen Stubbs to the School of Music faculty.

“With his extensive knowledge, his passion and high standards for performance and teaching, and his international stature, Stephen Stubbs is an exciting addition to our faculty,” says School of Music Director Richard Karpen. “His appointment and the partnership with Pacific MusicWorks furthers the mission of the School of Music to create a strong and resilient foundation for a world-class musical culture to thrive in the Pacific Northwest. We are pleased to welcome him to the region's flagship public university music program."

A Seattle native who studied composition, piano, and harpsichord at the University of Washington, Stubbs gained international prominence as an opera director and lutenist during a 30-year career in Europe. Since his return to Seattle in 2006, he has made his mark as a musical director, guest conductor, and founder of organizations devoted to the study and production of baroque opera and oratorio.

His first venture in that direction was the founding of the Accademia d’Amore, a summer institute for pre-professional singers and musicians training in baroque style and stagecraft. In 2008, he founded Seattle’s Pacific MusicWorks, a production company focused primarily on presenting top-quality performances of early music with a contemporary voice.  The organization also embraces an educational dictate to train young professional singers and musicians in the art of 17th and 18th century music.

Stubbs will apply his expertise in that area at the UW during the 2013-14 academic year, preparing School of Music students in voice and instrumental performance to perform side by side with professional musicians and opera singers in the Semele production, set for May 16-18, 2014 at Meany Theater.

Along with his leadership of Pacific MusicWorks, Stubbs is in demand internationally as a guest conductor and artistic director. As a guest conductor he has led performances of Gluck’s Orfeo and Handel’s Giulio Cesare in Egitto in Bilbao, Spain, and Monteverdi’s Orfeo at Amsterdam’s Netherlands Opera. Following his successful debut conducting the Seattle Symphony Orchestra in 2011, he was invited back in 2012 to conduct the Symphony’s performances of Messiah.  Since 1997, he has served as co-director of the award-winning Boston Early Music Festival opera.

“I’m thrilled to be joining faculty of the UW School of Music,” Stubbs says of his appointment, “and am honored to be entrusted with a revival of the baroque ideals of apprenticeship and mentoring, but made specifically relevant to the contemporary cultural scene and the needs of today's students.”