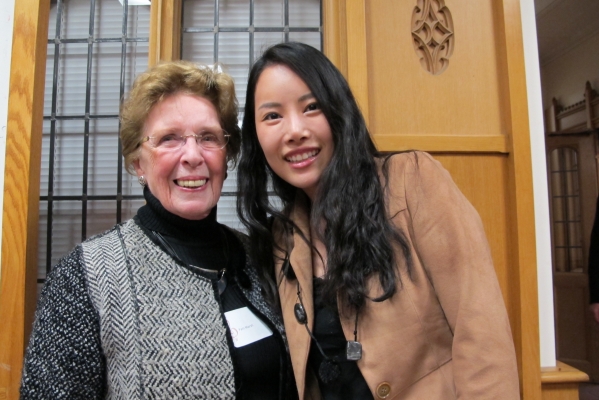 A lifelong music lover, Patti grew up in Seattle’s Mt. Baker neighborhood, attending John Muir Grade School, Franklin High School, and Forest Ridge High School. After graduation, she attended the University of Washington and was a member of the Iota Chapter of Alpha Gamma Delta.

Patti met her late husband, Jerry, later in life, and the couple wed in 1997. Avid arts enthusiasts, their love of the School of Music was evident even then. Upon their marriage, the School of Music hosted a reception for the couple that featured UW voice students singing American show tunes and faculty pianist Robin McCabe performing Gershwin arrangements and music by Rachmaninoff. Patti ’s involvement with the School continued following Jerry’s passing in 2010 with her longtime service on the school’s advisory board.

Along with Jerry, Patti created permanent scholarship endowments at the UW benefitting music students and enhancing a longtime legacy of support by the Marsh family that began with gifts from Jerry ‘s late uncle Louis S. Marsh, an early BOEING founder.

“Patti was a wonderful and generous friend to the School of Music and we were saddened by the news of her passing,” says director Richard Karpen. “She and her late husband, Jerry, created significant opportunities for our students that will continue to make a difference for young musicians now and in the years to come. I am honored to have known Patti. We remain deeply grateful for her important contributions to the School of Music.”