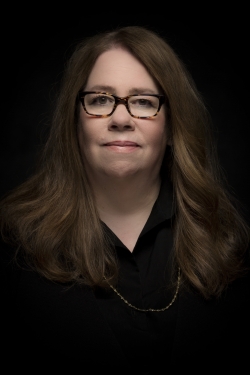 UW Music History Professor JoAnn Taricani was recently awarded the 2017 Noah Greenberg Award by the American Musicological Society for her edition and recording of newly discovered music for the coronation of the British King Charles II.

Intended as a grant-in-aid to stimulate active cooperation between scholars and performers, the annual award includes a certificate, recognition at the Society’s annual business meeting, and a $2,000 cash prize that recipients may use to help subsidize the publication costs of articles, monographs, or editions, as well as public performance, recordings, or other projects.

Taricani drew recognition from the society for her ongoing work on An Antidote against Melancholy (1661): Soundscape for a Coronation, an online and print edition devoted to the 17th century anthology of “Witty tunes, Jovial Songs and Merry Catches” compiled and printed by John Playford in honor of the king’s coronation.

In preparing the edition, an evolving online resource that will eventually also be published as a critical print edition, Taricani worked with School of Music alumna Emerald Lessley and Maria Mannisto and visiting artist Linda Tsatsanis to make audio and video recordings of several songs from the collection, recordings that have been received with interest by scholars exploring the culture and customs of the day.

The trio's recording of "The Ex-Ale-tation of ALE” was presented this past September at the University of Cambridge during a conference devoted to the 17th century poet and boatsman John Taylor, who included the tune in two of his own pamphlets extolling the virtues of ale.

“Singing about ale (doubtless whilst drinking copious quantities of it) was clearly intended to warm the heart of the forlorn Royalist reader in the aftermath of Charles I’s execution,” states a blog post from the Centre for Material Texts at Cambridge, co-sponsor of the conference. “Taricani’s website gives us not just a sound recording but also video, allowing us to see how sociable performance among friends might have cheered the soul, both during the Commonwealth and (in the Antidote) after the Restoration.”

Taracani’s work in progress on the onlne edition, which includes audio and video links, may be viewed at https://antidote1661.com/.