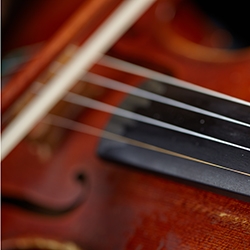 ARTIST BIO
Kristin Olson
Putting great works of music into historical context is oboist Kristin Olson's passion. Specializing on baroque and classical period instruments gives her a unique perspective when studying and performing pieces such as classical and baroque concertos and sonatas. She has performed under the baton of notable early music conductors such as William Christie, Richard Egarr, Phillipe Herreweghe, Nicholas McGegan, Ton Koopman, and Jordi Savall.

Olson performs regularly with ensembles throughout the United States. Some highlights from the 2013-14 season will include the Marcello Concerto with the Boulder Bach Festival as well as prominent roles with the Yale Schola Cantorum, Cambrdige Concentus, Juilliard 415, the Pacific Bach Project, and others.  Along with Nate Helgeson, baroque bassoon,

Olson recently formed the baroque chamber group Sacro Profano, (www.sacroprofano.org) based out of Seattle. She is also principal oboe and on the artistic board of a new period wind ensemble based in the Boston area, Grand Harmonie (www.grandharmonie.weebly.com), specializing in classical and early romantic repertoire.