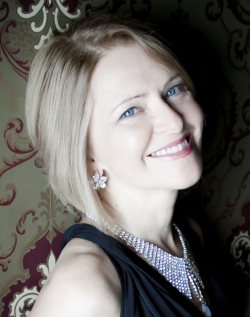 Overture from The Magic Flute

March of the Priests from The Magic Flute

After a successful thirty-year career in Europe, Stephen Stubbs returned to his native Seattle in 2006 as one of the world’s most respected lutenists, conductors, and baroque opera specialists. Before his return, he was based in Bremen, Germany, where he was Professor at the Hochschule für Künste. Together with Erin Headley he started the ensemble Tragicomedia in 1987, which toured throughout Europe, Japan and the US, as well as recording numerous CD’s for various recording companies.Tragicomedia has also been the continuo team for the Boston Early Music Festival since 1997. Stephen is the Festival’s permanent artistic co-director along with his long time colleague Paul O’Dette. Together they have led all the BEMF Opera productions and recordings.

In 2007 Stephen established his new production company, Pacific MusicWorks, based in Seattle. Pacific MusicWorks reflects his lifelong interest in both early music and contemporary performance.  PMW’s first production in spring 2009 reflected both interests, presenting Claudio Monteverdi’s 1641 opera The Return of Ulysses in a staging using life-sized puppets designed and brought to life by the Handspring Puppet Companyof South Africa, and projections designed by the world-renowned graphic and performance artist and stage director William Kentridge. This inaugural production was universally lauded by critics and public alike.

Subsequent productions have included a successful collaboration with Seattle Chamber Players/On the Boards, a collaboration with Seattle Dance Project and Anna Mansbridge performing staged 17th Century madrigals for three sopranos and three dancers, as well as performances of the Monteverdi Vespers with Concerto Palatino, described by the Seattle Times as “utterly thrilling” and “of a quality you are unlikely to encounter anywhere else in the world”.

This coming season will bring a special collaboration with the Seattle Symphony in the form of what could be called “the Passions Project” in which the Symphony will present the St. Matthew Passion, and a week later (with the same group of vocal soloists) we will present our first performance of the St. John Passion with our own baroque orchestra.

In addition to his ongoing commitments to Pacific MusicWorks and the Boston Early Music Festival, other engagements have recently taken Stephen to Bilbao’s opera house in Spain to conduct Handels’ Giulio Cesare and Gluck’s Orfeo. He also returned to the Netherlands Opera, Amsterdam, where he directed Monteverdi’s L’Orfeo. 2011 saw his debut conducting the Seattle Symphony Orchestra performing Vivaldi’s Four Seasons and he returned in 2012 to conduct Handel’s Messiah. In 2011-2012 he conducted Monteverdi’s Poppea with Opera UCLA as well as Charpentier’s La Descente d’Orphee in Boston with co-director PaulO’Dette for BEMF. Other recent appearances included Handel’s L’Allegro and Mozart’s Magic Flute for the Hawaii Performing Arts Festival, Monteverdi’s L’Orfeo for BEMF, Handel’s Il Trionfo del Tempo, and an evening of Bach Cantata’s for Pacific MusicWorks. He made his conducting debut with the Edmonton Symphony performing Handel’s Messiah in 2012, and conducted Bach’s St. Matthew Passion in Denver with the Baroque Chamber Orchestra of Colorado.

Stephen has an extensive discography as conductor and as a solo lutenist of well over 100 CDs, many of which have received international acclaim and awards.

In the summer of 2013 he led performances of Handel’s Almira at the Boston Festival, then returned to Hawaii to conduct Mozart’s Cosi fan Tutte for the Hawaii Performing Arts Festival. In October he led performances of Lully and Moliere’s Le Bourgeois Gentilhomme at the Cornish Playhouse and in November he will return to Bremen with the BEMF team to record their production of Steffani’s Niobe, featuring star countertenor Philippe Jaroussky.

In 2013, Stephen Stubbs was appointed Senior Artist in Residence and faculty member of the School of Music at the University of Washington. The first collaboration between the University and Pacific MusicWorks will be Handel’s Semele to be performed in May 2014. For that production Stephen will be joined by his colleague, stage director James Darrah, as well as a cast of vocal stars from around the country.