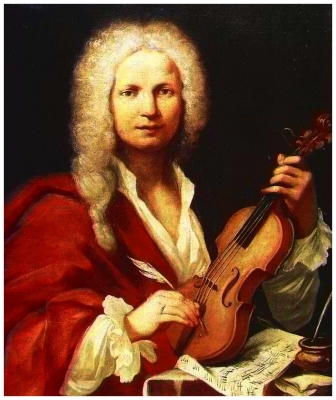 Pacific MusicWorks Orchestra, under the leadership of Tekla Cunningham, gathers some of the best players of the Northwest in this performance, with Cunningham and colleagues Chloe Meyers, Emma McGrath, and Adam LaMotte each embodying a season. Also on the program: Vivaldi’s Concerto for Two Cellos, with soloists Beiliang Zhu and Elisabeth Reed.

Tekla Cunningham, baroque violin, viola and viola d'amore, enjoys a varied and active musical life. At home in Seattle, she is concertmaster of Stephen Stubbs' Pacific MusicWorks, principal second violin with Seattle Baroque Orchestra & Soloists, and plays regularly as concertmaster and principal player with the American Bach Soloists in California. She directs the Whidbey Island Music Festival, a summer concert series presenting vibrant period-instrument performances of repertoire ranging from Monteverdi to Beethoven.
She has appeared as concertmaster/leader or soloist with the American Bach Soloists, Baroque Chamber Orchestra of Colorado, Seattle Baroque Orchestra, and Musica Angelica (Los Angeles). She has also played with Apollo’s Fire, Los Angeles Opera, Philharmonia Baroque Orchestra, and at the  Carmel Bach, San Luis Obispo Mozart Festival, Indianapolis, Savannah and Bloomington Festivals. She has worked with many leading directors including Rinaldo Alessandrini, Giovanni Antonini, Harry Bicket, Paul Goodwin, Martin Haselböck, Monica Huggett, Nic McGegan, Rachel Podger, Jordi Savall, Stephen Stubbs, Jeffrey Thomas, Elizabeth Wallfisch and Bruno Weil.
An avid chamber musician, Tekla enjoys exploring the string quartet repertoire of the 18thand early 19th century with the period-instrument Novello Quartet, whose abiding interest is the music of Haydn. She is also a member of La Monica, an ensemble dedicated to music of the 17th century, whose concerts have been reviewed as “sizzling”, and praised for their “irrepressible energy and pitch-perfect timing”. With Jillon Dupree, harpsichord, and Vicki Boeckman, recorders, she plays in Ensemble Electra, known for its inventive programs and energetic performances.

Tekla received her musical training at Johns Hopkins University and Peabody Conservatory (where she studied History and German Literature in addition to violin), Hochschule für Musik und Darstellende Kunst in Vienna, Austria, and at the San Francisco Conservatory of Music where she completed a Master’s degree with Ian Swenson. She teaches Suzuki violin in both German and English and is on the early music faculty of Cornish College for the Arts.

Chloe Meyers received her training at McGill University with teachers Yehonatan Berick, Denise Lupien and Sonia Jelinkova. Discovering early music during her years there, she was concertmistress of the McGill Baroque Orchestra, actively involved in ensembles and assisting in teaching.

Now, at 26, Ms. Meyers is the principal violinist and founding member of Les Voix Baroques. She also plays with such ensembles as Arion, the Orchestre Baroque de Montreal, the Studio de Musique Ancienne de Montreal and the Lamque Festival Baroque Orchestra in New Brunswick for their regular concert series, and CD projects. Ms. Meyers has toured nationally and internationally. and is heard regularly as both soloist and orchestral musician with CBC and Radio-Canada.

Seattle Symphony Associate Concertmaster Emma McGrath was most recently the Assistant Concertmaster of the Colorado Symphony, having previously performed with the Pittsburgh and Chicago symphony orchestras and the Australian Chamber Orchestra. She has performed as a chamber musician in China, New York, Steamboat Springs, Bowdoin and Prussia Cove, and as a soloist in Russia, Hong Kong, Israel, Malaysia and Brunei, and all over the UK, the U.S. and continental Europe. In addition, McGrath is a professional singer, composer and folk fiddler, and enjoys an increasingly busy list of engagements as a new face in Seattle’s thriving early music scene. She holds a Bachelor of Music First Class from the Royal College of Music, and a Master of Music and Artist Diploma from Carnegie Mellon University.

Adam LaMotte is becoming well known to audiences throughout the country as a leader of both period and modern ensembles.  He has appeared as soloist, concertmaster, and conductor of numerous orchestras, including the Northwest Sinfonietta in Seattle, String Orchestra of the Rockies, Astoria Festival Orchestra, Portland Baroque Orchestra, and the Maggini String Orchestra in Houston.
As violinist and violist, Adam has been hailed by critics as an "especially compelling" and "superb violinist" with "exceptional talent," whose performances are "energetic and exquisite." As Artistic Director of the Montana Baroque Festival, he brings first-class period instrument performances to the rural Montana community.  He has co-founded two critically-acclaimed ensembles, in Portland and in Houston, and continues to produce many chamber music and chamber orchestra performances.  In collaboration with ensembles such as American Bach Soloists, Portland Baroque Orchestra, Ars Lyrica, and Chanticleer, Mr. LaMotte performs on period instruments, using a fine Italian instrument made in 1730 by Bernardo Calcagni, for which he is indebted to his generous patrons who made the purchase possible.

Beiliang Zhu won the 1st prize and the Audience Award at the XVIII International Bach Competition 2012 (Violoncello/Baroque Violoncello) as the first string player to have received this honor on a baroque instrument. She received her Master of Music from the Juilliard School in Historical Performance with Phoebe Carrai (Baroque cello) and Sarah Cunningham (Viola da Gamba), Bachelor of Music Degree and Performer's Certificate from the Eastman School of Music. Beiliang is currently pursuing a Doctor of Musical Arts in Violoncello, under the guidance of Steven Doane, and a Master of Arts in Ethnomusicology at the Eastman School of Music.

Hailed by the New York Times as “particularly exciting”, and by the New Yorker as bringing “telling nuances”, and being “elegant and sensual, stylishly wild”, Beiliang has given solo recitals at the Bach Festival Leipzig, Boston Early Music Festival, the Seoul Bach Festival, the Helicon Foundation, among others; has performed with internationally acclaimed artists and ensembles, such as William Christie, Masaaki Suzuki, Monica Huggett, Paul O’Dette, the Boston Early Music Festival Orchestra, the Juilliard Baroque, the Philadelphia Orchestra, the Trinity Wall Street Orchestra among others. As Beiliang seeks artistry in a wide range of repertoire and different roles as a modern cellist, baroque cellist, and violist da gamba, she has won a section cellist position of the Rochester Philharmonic Orchestra during undergraduate, has held the principal cellist position of Mercury Houston, and has won awards including the Eastman Cello Concerto Competition, 2nd prize in the Holland America Music Society International Competition, and the 2010 Henry I. Goldberg Young Artist Prize at the American Bach Soloists Academy.

Elisabeth Reed, cello
ELISABETH REED (viola da gamba & violoncello) is Co-director of the Baroque Ensemble at the San Francisco Conservatory of Music where she also teaches baroque 'cello and viola da gamba. A member of the American Bach Soloists, Voices of Music, and Wildcat Viols, she has also appeared with the Seattle, Portland, and Philharmonia Baroque Orchestras, and at the Boston Early Music Festival, the Berkeley Early Music Festival and the San Luis Obispo Mozart Festival. A graduate of the North Carolina School of the Arts, the Oberlin Conservatory, the Eastman School of Music, and Indiana University's Early Music Institute, she can be heard on the Virgin Classics, Focus, and Magnatune recording labels. Ms. Reed also teaches baroque 'cello and viola da gamba at the University of California at Berkeley. Summer teaching has included the American Bach Soloists Academy and the Viola da Gamba Society National Conclave. She is a Guild-certified practitioner of the Feldenkrais Method of Awareness Through Movement, with a focus on working with musicians and performers.
People Involved:
Stephen Stubbs
Event Type:
Related Areas of Study:
Strings
Information for
Prospective
Students
Information for
Current
Students