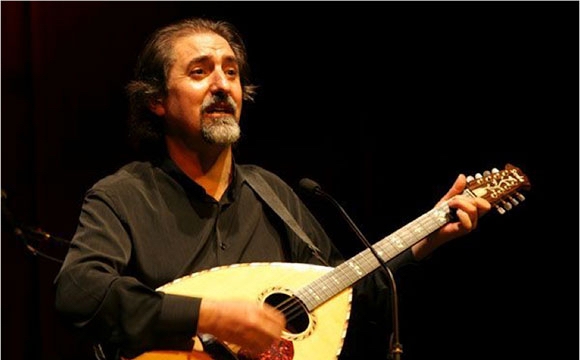 Winter Quarter Ethnomusicology Visiting Artist Paco Diez, considered  one of the most important musicians in Judeo-Spanish music, is joined by his students in this performance of Sephardic folk music from the Iberian musical tradition.

Entradilla Castellana
Popular dance from Castilla in another addictive 8/8 rhythm, fused in this performance with Trinidadian calypso

PACO DÍEZ was born in December 1961 in Piñel de Abajo (Valladolid), Spain, into a family of farm-workers in the heart of Castile. From his infancy he was raised to feel and to think in the manner of the rural world in which he lived, at a time when, due to rural developments, folk traditions were beginning to disappear. His professional career in music began in 1979 when he decided to retrieve, preserve and disseminate the traditional music of Castile and Leon.

In 1980 he founded the group, La Bazanca, dedicated to bringing together diverse traditions from the past into the present.

A versatile musician who plays guitar, zanfona (hurdy gurdy), gaita (Galician bagpipes) and countless other folk instruments, Paco Díez curates a musical instrument museum adjacent to his home in Mucientes, Castile. He is not only a performer, but also a scholar of Spanish folk music, and has collected songs, melodies, and rhythms from all over the Iberian peninsula, the Mediterranean, and northern Africa.

He is especially well known as a performer of Sephardic music, the heritage of Jewish people who were expelled from Spain in 1492 and dispersed into a diaspora where they maintained the Ladino language (closely related to modern Spanish). He performs all over the world, and in 2016 he was nominated for Spain’s highest honor in the arts, the Premio Princesa de Asturias de las Artes.