Thursday, November 21, 2019 - 7:30pm
Meany Hall—Studio Theatre
THIS CONCERT IS SOLD OUT. A waiting list will be started 1 hour prior to show time at the venue box office. 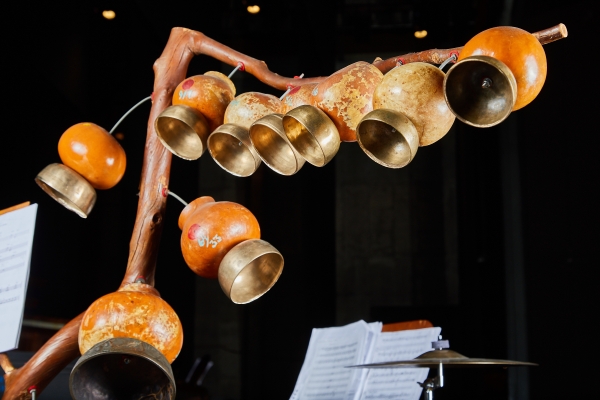 The Harry Partch Ensemble (Charles Corey, director) performs And on the Seventh Day Petals Fell in Petaluma; Castor & Pollux; and other works by Partch in this concert marking the conclusion of the Harry Partch Instrument Collection residency at the University of Washington.

from Eleven Intrusions
III.  The Rose
IV.  The Crane
V.   The Waterfall

And on the Seventh Day Petals Fell in Petaluma

Charles Corey is an American composer holding degrees in Music Composition and Theory from the University of Pittsburgh (Ph.D.) and Montclair State University (M.A., B.Mus.).  Among his teachers are Robert Aldridge, Trevor Björklund, Patrick Burns, Dean Drummond, Eric Moe, Mathew Rosenblum and Amy Williams. His approach to composition exploits and subverts the relationships that exist between different tuning systems; the results of this process range from pieces that use standard tuning systems in unique ways to works that involve multiple tuning systems working in concert.  His compositions are known for their unexpected, evocative harmonies and their strong dramatic arcs.  His music has been played by a variety of performers including Cikada Ensemble, IonSound Project, Iktus Percussion, entelechron, and Relâche, and his writings have been published in several languages.