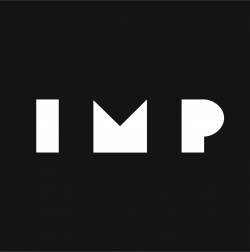 A voice, a network, a source
The Improvised Music Project is a collection of musicians and music fans working to present great improvised music and promote its appreciation. The IMP is based in out of the University of Washington School of Music and exists as both an artistic movement and as a Registered Student Organization. The group's vision is to shape the local music culture by serving as a voice, network, and source for live, spontaneous music.  Along with regular performances and showcase events the IMP stages an annual festival featuring notable visiting artists and local up-and-coming musicians.  Past headliners have included such iconic musicians as Bill Frisell, George Garzone, Eric Revis, Ralph Alessi, Tim Berne, and others.

Entirely student run
Though organized and run entirely by students, most affiliated with the UW Jazz Studies program, the organization receives additional support from the School of Music and the Center for Digital Arts and Experimental Media.

History
The IMP first appeared as a concept in the fall of 2008, and became a functioning reality soon after. UW’s Jazz Studies department served as the backdrop, where a particularly charged group of students, tired of the music industry’s ugly hegemony, realized the need for greater participation in the local music scene. The group currently consists of students and alumni from the UW School of Music, and is expanding rapidly. The group hopes to spread the word about local and improvised music through annual festivals and year-round concerts.

Music Events
In addition to the annual IMP Festival, the IMP holds a monthly residence at Cafe Solstice in Seattle. This showcase is every first Friday of the Month and features different bands from our community presenting new music. The goal of the monthly showcases is to bring the music community together more often in order to foster a sense of collaboration and unity.