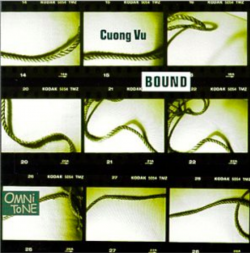 Vietnamese-born trumpeter Vu displays a modern progressive aesthetic in his music that points to many influences in jazz, 20th century contemporary, and even pop music. Keyboardist Jamie Saft, electric bass guitarist Stomu Takeishi, and percussionist Jim Blackare able to wring every ounce of emotion and power out of the leaders solid toned, never mushy, or slurred horn. The clarity of Vu's sound is astonishing, and this band may be bound by an avant- jazz pigeonhole, but not ever gagged by it. Vu wrote most of the material here. A naturally kinetic, dissented funk with throbbing Fender Rhodes from Saft acts as a fuse, setting off the artist's intense, searing trumpet on "Two." A Sun Ra-like mystery processional with yearning trumpet and flowing piano informs "Our Bridge." Contrary rhythms of six and four match a bass/drums versus trumpet/piano battle on the quintessential push me/pull you piece "Still Ragged," with wild bridge work á la Cecil Taylor via Saft. The title track, co-written by Vu and Holly Palmer, has a three-way personality, starting in lovely, soaring space musings, going to a pounding rock beat from Black, a sweet pop-type vocal from the surprisingly attractive Vu, and an acidic tail. "The Drift" is as it sounds, from introspective to dramatic three piano chords, first somber, then forceful. "Acid Kiss" is a lower, edited Swiss cheese funk, with holes filled by Vu's inquiring trumpet and Saft's here and there Rhodes. It's quite Miles Davis-esque, building to peak intensity. The finale, "The Burn," written by Scott Wilk and Palmer, claims to be Charles Ives influenced. It's more rockish under urban landscape vista sonorities, a very free and unforced wall of sound that eventually settles on a glassy, aquamarine bottom. Vu's concept is unique and distinctive, but this is only the beginning for him. It's short in time at under 50 minutes, but fully charged with depth, substance, and fine musicianship. Recommended. - AllMusic Review by Michael G. Nastos