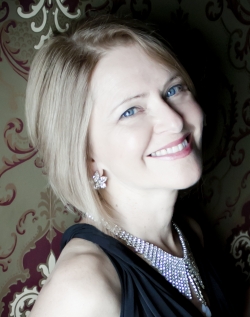 Highlights of 2011 included performances in Morton Feldman's monodrama Neither for New York City Opera, Ariadne in Wolfgang Rihm's Dionysos at the Netherlands Opera and Soprano I in Luigi Nono's Prometeo at the Salzburg and Berlin Festivals. In contrast to these knotty modern works, she returned to Blondchen in Mozart'sAbduction with Frans Brüggen and the Orchestra of the 18th Century at the Concertgebouw in Amsterdam, and on tour throughout Holland.