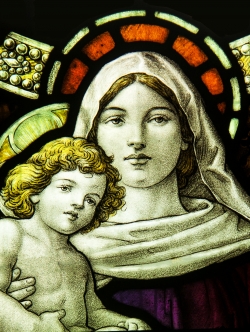 Pacific MusicWorks conductor Stephen Stubbs takes a revolutionary approach to Handel’s Messiah, returning to the composer’s own practice of embedding soloists in the choir. With the Pacific MusicWorks Orchestra and the UW Chamber Singers.

With “a gorgeous, profoundly expressive instrument,” and as “a bejeweled lyric soprano with an exquisite top register,” American soprano Teresa Wakim is perhaps best known as “a perfect early music voice.” Upon completion of her studies at the Oberlin Conservatory of Music and Boston University’s College of Fine Arts, Wakim was soon named a Lorraine Hunt Lieberson Fellow at Emmanuel Music in Boston, and won First Prize in the International Soloist Competition for Early Music in Brunnenthal, Austria. The last several seasons have seen her make solo debuts at Alice Tully Hall at Lincoln Center, Boston Symphony Hall, Grand Théâtre de Provence, Severance Hall in Cleveland, Walt Disney Concert Hall in LA, the Concertgebouw in Amsterdam, and the Opéra Royal at Versailles.

She has portrayed and recorded multiple operas from Monteverdi to Mozart, specializing in operas of the French Baroque with the Boston Early Music Festival, and sang the roles of Flore, Aréthuse, and Daphne on their 2015 GRAMMY-Winning Best Opera Recording of Charpentier’s La Descente d'Orphée aux Enfers and La Couronne de Fleurs. She can also be heard on numerous recordings with the Handel & Haydn Society, Boston Early Music Festival, Musik Ekklesia, and Seraphic Fire.

Countertenor Reginald Mobley fully intended to speak his art through watercolors and oil pastels until circumstance demanded that his own voice should speak for itself. Since reducing his visual color palette to the black and white of a score, he has endeavored to open a wider spectrum onstage.

Particularly noted for his “crystalline diction and pure, evenly produced tone” (Miami Herald), as well as “elaborate and inventive ornamentation” (South Florida Classical Review), Reggie is rapidly making a name for himself as soloist in Baroque, Classical, and modern repertoire. His natural and preferred habitat as a soloist is within the works of Bach, Charpentier, Handel, Purcell, as well as other known Baroque Period mainstays. Not to be undone by a strict diet of cantatas, odes, and oratorios, Reggie finds himself equally comfortable in rep of later periods and genres. Such works as Haydn’s Theresienmesse, Mozart’s Requiem, Bernstein’s Chichester Psalms, and Orff’s Carmina Burana. He has also performed the title role of “Paris” in the Florida premiere of John Eccles’ Judgment of Paris, under the direction of Anthony Rooley and Evelyn Tubb.

A longtime member of the twice GRAMMY® nominated Miami based professional vocal ensemble, Seraphic Fire, Reggie has had the privilege to also lend his talents to other ensembles in the US and abroad. Such as the Dartmouth Handel Society, Apollo’s Fire, Vox Early Music, Portland Baroque Orchestra, North Carolina Baroque Ensemble, Ensemble VIII, San Antonio Symphony, Early Music Vancouver and Symphony Nova Scotia under direction of Alexander Weimann, and the Oregon Bach Festival under the direction of Matthew Halls.

Not to be held to conventional countertenor repertoire, the “Barn-burning, [...]phenomenal” male alto has a fair amount of non-classical work under his belt. Not long after becoming a countertenor, he was engaged in several musical theatre productions as a principal or secondary role. Most notable among them was the titular role in Rupert Holmes’ Mystery of Edwin Drood, and “Jacey Squires” in Meredith Willson’s The Music Man. In addition to his work in musical theatre, he performed many cabaret shows and sets of jazz standards and torch songs in jazz clubs in and around Tokyo, Japan. Reggie studied voice at the University of Florida with Jean Ronald LaFond, and Florida State University with Roy Delp.

American tenor, Zachary Wilder, graduated from the Eastman School of Music with a Bachelor’s in Music before completing a Masters in Music at the Moores School of Music, University of Houston. Additionally, Zachary was a Lorraine Hunt-Lieberson Fellow at Emmanuel Music, a Gerdine Young Artist at the Opera Theater of Saint Louis, an Adams Vocal Masterclass Fellow at the Carmel Bach Festival, a Tanglewood Music Centre Fellow, a Britten-Pears Young Artist and a member of the Les Arts Florissants academy for young singers, Le Jardin des Voix 2013.

Kevin Deas has gained international renown as one of America’s leading bass-baritones. He is perhaps most acclaimed for his signature portrayal of the title role in Porgy and Bess, having performed it with the New York Philharmonic, Philadelphia Orchestra, National Symphony, St. Paul Chamber Orchestra, Pacific Symphony, and the symphonies of Atlanta, Baltimore, Calgary, Houston, Milwaukee, Minnesota, Montreal, San Diego, San Francisco, Seattle, Utah, and Vancouver, and at the Ravinia, Vail and Saratoga festivals. He repeats the role during the 2014-2015 season with the symphonies of Columbus (OH), Detroit, Florida, and Hartford, as well as in his return to the Orquesta Sinfónica Nacional de Costa Rica.

Kevin Deas’ other engagements during the 2014-15 season include Beethoven’s Symphony No. 9 with the Buffalo Philharmonic, Colorado Symphony, and Elgin (IL) Symphoies, as well as the Orquesta Sinfónica Nacional de Mexico; Claudius in Handel’s Agrippina in a concert staging and recording with Boston Baroque; a return to the Winter Park Bach Festival for Bach’s Mass in B-minor and Brahms’ Ein deutsches Requiem; Bach’s Mass in B-minor with the Louisiana Philharmonic and Vox AmaDeus; Messiah with the National Philharmonic; a concert of the music of Gershwin and Copland with Orchestra Iowa; Copland’s Old American Songs and a set of spirituals with the Columbus (OH) Symphony; and Christmas concerts with the Acadiana Symphony and Riverside Symphonia. He also joins PostClassical Ensemble of Washington, DC for a concert of Bach cantatas and a series of master classes in Washington’s Duke Ellington School for the Arts.

A strong proponent of contemporary music, Kevin Deas was heard at Italy’s Spoleto Festival in a new production of Menotti's Amahl and the Night Visitors in honor of the composer's eighty-fifth birthday, which was videotaped for worldwide release. He has also performed the world premieres of Derek Bermel’s The Good Life with the Pittsburgh Symphony and Hannibal Lokumbe’s Dear Mrs. Parks with the Detroit Symphony. His twenty-year collaboration with the late jazz legend Dave Brubeck has taken him to Salzburg, Vienna and Moscow in To Hope!, and he performed Brubeck’s Gates of Justice in a gala performance in New York during the 1995-96 season.

Kevin Deas has recorded Wagner’s Die Meistersinger for Decca/London with the Chicago Symphony under the late Sir Georg Solti and Varèse'sEcuatorial with the ASKO Ensemble under the baton of Riccardo Chailly. Other releases include Bach's Mass in B-minor and Handel's Acis and Galatea on Vox Classics; Dave Brubeck's To Hope! with the Cathedral Choral Society on the Telarc label; and Haydn's Die Schöpfung with the Virginia Symphony and Boston Baroque for Linn Records. June 2014 marks the release of “Dvorak in America” (Naxos), featuring Mr. Deas performing the world premiere recording of Dvorak’s “Hiawatha Melodrama” and Dvorak’s arrangement of “Goin’ Home” with the PostClassical Ensemble.