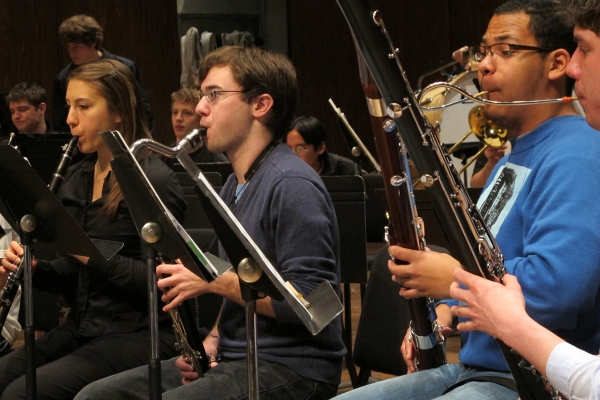 Alison Farley is a Lecturer in the Music Education department at the University of Washington, where she teaches courses in music education, alternative teaching approaches and advises graduate students.  She also serves as a member of the Laboratory for Music Cognition, Culture and Learning.  Her research interests include psychology of music, student directed learning, teacher education and perception and performance of written notation.

In addition to her appointment in Music Education, Dr. Farley is also a research coordinator at the Institute for Learning and Brain Sciences.  She coordinates projects related to group musical interactions and empathy and also synchrony and pro-social behavior in young children.  Dr. Farley also served as a Lecturer in the Ensembles area at UW, directing the Campus Band.

Prior to joining the faculty, Dr. Farley completed her doctoral work at the University of Washington where she was the Graduate Assistant Director for the Husky Marching Band and Assistant Conductor for the Symphonic Band.  Dr. Farley also taught public school in Steelville, Missouri (near St. Louis) where she taught middle and high school band, jazz band and chorus.

Lisa Mansfield has had a love of music and dance since she was a young girl.  Lisa was born in Longview, WA and moved when she was 13 to Los Alamost, NM; she considers both places home.

After high school she attended Northern Arizona University in Flagstaff, AZ for three years before transferring to Duquesne University in Pittsburgh, PA; she graduated with a Bachelor of Science in Music Education degree in 2000.  She married her college sweetheart and moved to southern CA.  Mansfield was a middle school band director for five years until her husband's job transferred the couple overseas to Naples, Italy.