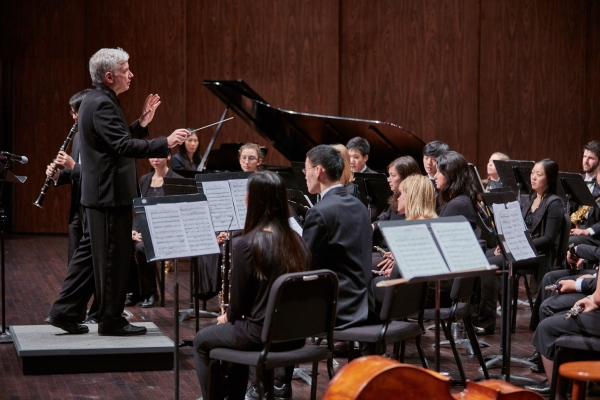 Eric Rynes has been hailed for his “committed,” “intrepid,” and “achingly beautiful” performances in diverse styles and genres, from recitals of the “thorniest” new music (Seattle Weekly), to his work as concertmaster and concerto soloist with the Northwest Symphony Orchestra, to evenings of authentic Argentine tango with the quartet Tangabrazo, to guest appearances with jazz and rock groups. Particularly known for his expertise in new music, having studied in Europe with Maryvonne Le Dizès (Ensemble Intercontemporain) and Irvine Arditti, he has premiered solo works in Berlin, Havana, Chicago, Barcelona, Rotterdam, and many other cities, often with live electronics. As a concerto competition winner, he has performed concertos by Bartók and Shostakovich. As an orchestral musician, Eric has performed under the batons of Barenboim, Boulez, Slatkin, and many others. As a sideman, he has performed with Sufjan Stevens and Rod Stewart; he has also served as concertmaster for performances by Natalie Cole, Ann and Nancy Wilson of Heart, Imogen Heap, and Alice in Chains. He has recorded in numerous capacities and genres, performed over 150 wildly different chamber works, provided live and recorded music for plays by Chekhov and Ibsen, served on the violin faculty of Marrowstone Summer Music in Bellingham WA, adjudicated for competitions and grant proposals, and lectured on composing for the violin at universities stretching from Washington State and Montana to the U.K. He received his M.M. in violin and a graduate certificate in statistical genetics from the University of Washington, and degrees in physics from the University of Chicago and the University of Illinois.

Since moving to Seattle in 1996, Eric has made major musical contributions to the city and region, and has premiered works by Seattle composers for audiences in Europe and across the U.S. He also enjoys hosting visiting composers and performers.

Anita Kumar is working towards her Ph.D. in Music Education at the University of Washington. She currently serves as assistant director of the UW Symphonic Band, a graduate instructor and supervisor of Music student teachers, and editorial assistant to the Journal of Research in Music Education.

Anita came to Seattle after serving as band director at Landmark and Melvin E Sine Elementary schools in the Glendale Elementary School District in Glendale, Arizona, where she was also appointed Lead Band Director from 2011-2014, chairing the district honor band and leading the district PLC. She earned her Master of Music in Music Education from Arizona State University and her Bachelor of Music from Miami University (Ohio.)

Off-campus, Anita is also assistant director of the Around the Sound Community Band, an all-ages-and-abilities band that rehearses on Thursday evenings at Music Center of the Northwest, a community music school in the Greenwood neighborhood. Anita also serves as Director of Community Outreach and Partnerships for Music Center.