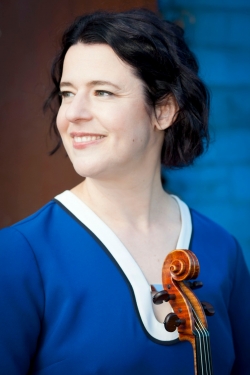 Honors, accolades, research highlights and other news from the School of Music faculty.

The UW professor of choral conducting developed a summer workshop series for music educators, “Keep Our Choirs Singing,” in response to the COVID-19 pandemic. The series of three multi-day workshops was designed to equip choral directors to run rehearsals in a virtual environment. Dr. Boers also recently taught concepts at the Washington American Choral Director Association (ACDA) Summer Institute, the Oregon Summer ACDA Workshop, and delivered master classes with Arizona State University, Oregon State University, and numerous school districts. Professor Boers’ Choral Literacy and Skills Rubric was adopted this past year by National Association for Music Education as its recommendation for choral performance skills. He reports that the rubric has also been adopted by Choral Canada as its national standard for Canadian choral classrooms and has been translated into French.

The UW saxophone instructor led the Seattle Repertory Jazz Orchestra (SRJO) in a series of livestreamed concerts this summer and fall, playing three concerts in tribute to jazz composer Thelonious Monk that were broadcast from the stages at Seattle Town Hall, the Kirkland Performance Center, and the Seasons Performance Hall in Yakima, Washington. The SRJO (founded in 1995 by Brockman along with drummer/educator Clarence Acox) opened ts 26th anniversary season with a November 7 concert broadcast from the Taper Auditorium at Benaroya Hall, featuring music of the classic 1949 album by Miles Davis, "Birth of the Cool."

Two new publications by Professor Campbell came out within a week of one another this autumn: World Music Pedagogy: Teaching World Music in Higher Education (Routledge, with William J. Coppola and David G. Hebert) and Global Music Cultures (Oxford University Press, with Bonnie C. Wade). She is featured in a third book out this autumn, the fifth edition of World Music: A Global Journey,  by Terry E. Miller and Andrew Shahriari), in a two-page description of her dedicated work in teaching music of the world’s cultures in schools and university programs.

The UW’s director of piano accompanying was one of four participants invited by the National Association of Teachers of Singing (NATS) to speak in a Special Edition NATS Chat in March 2020. The virtual panel session, "The Collaborative Pianist During COVID-19," was a live-streamed discussion of issues facing collaborative pianists in pivoting to a "virtual world."

The senior-artist-in-residence received three awards in 2020 from the American Prize non-profit national competitions in the performing arts for his work with the University of Washington Symphony Orchestra. Awards included a first prize in Orchestral Conducting (college/university division); a second prize Vytautas Marijosius Memorial Award in Orchestral Programming (college/university division); and third prize in Orchestral Performance. The awards, based on submissions of video and audio recordings of the orchestra’s 2017-2018 season, are the most recent in a string of recognitions from the Hat City, Connecticut nonprofit. Rahbee has placed among the finalists for the orchestral programming prize in each season since joining the School of Music faculty in 2013 and was also awarded second prize in orchestral conducting for the 2016-17 season.

The Music History professor recently signed on to edit the Cambridge Companion to French Art Song, set for publication in 2023.

The recently appointed artist-in-residence taught and performed in a weeklong digital residency this past October at Depauw University, where she worked with young composers and singers learning about contemporary vocal music and the business of freelance performance. A member of the acclaimed Chicago-based Ensemble Dal Niente, Shaw recently traveled to Chicago to record a concert of works by living Latin American composers with the ensemble for the Library of Congress’s Concerts from the Library of Congress series. (Listen to the concert here). In November, Shaw was heard in the digital premiere of a new work by Annie Hui-Hsin Hsieh, Amplified Traces, featuring dancer/choreographer Veronica Santiago Moniello and Quince Ensemble. Details can be found here. Shaw appears as the soprano soloist in a joint concert, presented by Minnesota Orchestra and Border Crossing on Dec. 11, of a bilingually adapted program of selections from Handel's Messiah and Ariel Ramírez's 'Navidad Nuestra.' Details here.

His latest recording, The Genius of Young Brahms, is out now on Romeo Records. The three-disc set is drawn from the pianist’s “Mostly Brahms” series of performances presented from 2010-2012 at the Meany Center for the Performing Arts on the University of Washington campus. Sheppard creates a bookend to his earlier CD drawn from the same concert series, “Late Brahms, Opuses 116-119," with this collection of music written by the composer as a young man, ordered by disc into three areas—sonatas, variations, and groups of character pieces.

Affiliate faculty and ethnomusicology curator John Vallier co-published with Hiromi Lorraine Sakata and Laurel Sercombe the chapter “Radio Afghanistan Archive Project" for The Oxford Handbook of Musical Repatriation (2019). Vallier also served as a curator and executive producer for the double-LP release of "Kearney Barton: Architect of the Northwest Sound” on Light in the Attic Records (2020) and continues to oversee an Andrew W. Mellon Foundation-supported grant to digitize and return copies of early cylinder and disc recordings to Indigenous communities of origin.

The faculty pianist performed the world premiere of composer Carlos Sanchez-Guttierez's "Short Stories II" for piano, strings, and percussion with the Seattle Symphony this past February. She performed with the Seattle Modern Orchestra for the 2020 Earshot Jazz Festival and in the world premiere of composer Wayne Horvitz's "188 Sullivan," produced in conjunction with Seattle Opera. Valdés was a featured performer on the 2020 New Music Gathering Festival, performing the virtual world premiere of faculty colleague Melia Watras' composition Otra vez, which was written for her.

The faculty violist’s new album of her own compositions, Firefly Songs, is set for release by Planet M Records in January 2021. The album features performances by the ensemble Frequency (Michael Jinsoo Lim, violin and voice; Melia Watras, viola and voice; Sæunn Thorsteinsdottir, cello), and voices Catherine Connors and Vina Vu Valdés, as well as excerpts of recorded viola lessons given by violist and educator Atar Arad. Recent performances of compositions by Watras included the world premiere of Otra vez for piano, performed by Cristina Valdés on New Music Gathering’s festival, 2020 Reimagined; Prelude for viola solo, performed by Tawnya Popoff for Weekend of Chamber Music Summer Music Festival, 2020 Foresight; the world premiere of Contemplation of Beethoven’s Op. 18, No. 4 for string quartet, commissioned and performed by the Avalon String Quartet on the Northern Illinois University Faculty Recital Series; Homage to Swan Lake for violin solo, performed by Michael Jinsoo Lim and presented on the opening program of Pacific Northwest Ballet’s Digital Season 2020-21; an appearance on the Wayward in Limbo series, presented on SoundCloud, in which she and Michael Jinsoo Lim performed 12 violin and viola duos that are part of Watras's collection The almond tree duos; and the world premiere of Echo for violin solo, commissioned and performed by Rachel Lee Priday on the Town Hall Seattle series, Town Music.

Professor Wyers has directed several master classes and delivered online talks and lectures in recent months. In April she was guest speaker at Montana State University in its online conducting class, “Laban Movement for Conductors: An Introduction.” Other lectures and classes included “Discovering 19th century choral music from the Philippines, Latin America and Spain,” at the University of Iowa; a guest lecture on women choral composers for Mastersingers of Wisconsin; a class on choral arranging at Northern Illinois University, and a three-week intensive on group choral composition techniques, at Western Washington University. Future engagements include a return virtual visit to University of Iowa in early December for a lecture, “Best Practices when Commissioning Living Composers.”

The School of Music director of Admissions and Outreach, who also holds a PhD in Musicology, recently presented research at several conferences, including the Society for American Music (summer 2020), MoPOP Pop Conference (summer 2020), and the American Musicological Society (fall 2020). Her research examines American fan practices and popular music during the 1940s.