A roundup of recent publications and recordings by UW Music faculty reveal a range of interests and areas of focus in myriad dimensions of the musical arts. 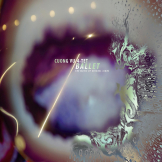 This live collaboration between UW Jazz Studies chair Cuong Vu and guitarist Bill Frisell grew out of the latter’s desire to bring his former teacher, the jazz composer/arranger Michael Gibbs, to the University of Washington for performances of Gibbs’ music with the orchestra and big band. Vu and Frisell, joined by drummer Ted Poor and bassist Luke Bergman, contributed elegant opening sets each night of the two-night stand in January 2016 at the UW’s Meany Theater, performing terrific interpretations of memorable Gibbs tunes, including the five on this disc from the second night of performances.
(RareNoiseRecords) 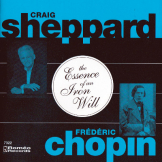 Craig Sheppard:
Chopin: The Essence of an Iron Will

The pianist’s latest release on the Romeo Records label features sonatas and mazurkas by Frederic Chopin recorded live at the UW's Meany Theater in February of 2017. The artist’s nuanced insights into Chopin’s Fantasy in F minor, Opus 49; Three Mazurkas, Opus 59; and the Sonata in B minor, Opus 58 impressed reviewer John Quinn of MusicWeb International, who noted that common to all of Sheppard’s recordings “is the sense that no matter how spontaneous the playing may sound he has considered – and, indeed, re-considered – the music very carefully; nothing is ever taken for granted.” (Romeo Records) 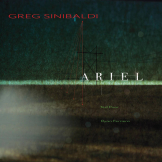 Greg Sinibaldi’s experimental homage to the poet Sylvia Plath’s Ariel deploys the EWI—electronic wind instrument—a computer-controlled woodwind-like synthesizer wielded to heavy effect in his new recording, which captures sonically the bleak intensity of Plath’s final works, written mere months before her demise. Joined by UW colleagues Ted Poor on drums and Ryan Ferreira on guitar, Sinibaldi presents a highly personal reading of the poet’s final words in this unique recording, which Paul Rauch of All About Jazz calls a brilliant “abyss of darkness and renewal.” 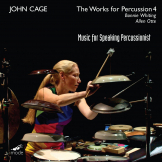 Bonnie Whiting revisits a pair of vintage works by John Cage in her work 51’15.657” for a speaking percussionist, recently released on the Mode Records label. The disc presents Whiting's realization of a solo simultaneous performance of John Cage’s 45’ for a speaker and 27’10.554” for a percussionist. “These are vintage pieces,” Whiting says, “music from the mid-50’s and part of a series of timed works that Cage enjoyed mixing together and referred to in notes and letters as ‘the ten thousand thousand things.’” A culmination of 14 months of work and study, Whiting's version is the first to feature one performer executing both pieces in their entirety. (Mode Records) 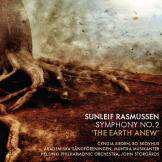 UW faculty soprano Cyndia Sieden takes a lead role in the world premiere of Faroes composer Sunlief Rasmussen’s Symphony No. 2: The Earth Anew, a life cycle based on a Norse tree of life myth performed by the Helsinki Philharmonic Orchestra under the direction of Finnish conductor John Storgårds. Gramophone magazine's review of the recording took particular note of Sieden, calling her portrayal of the messenger squirrel “every bit rodentine” in a “thrilling performance” made possible by the composer, the Helsinki Philharmonic, and a consortium of foundations. (Dacapo) 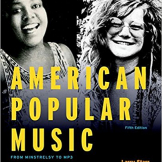 The fourth edition of this authoritative text co-authored by UW History Professor Larry Starr and former UW faculty member Christopher Waterman analyzes the development of jazz, blues, rock, country, hip-hop, and beyond, taking particular notice of significant female artists and their contributions to the rise of those genres. With an analytical approach acknowledging the cultural and social significance of the art and artists, the authors trace the development of key musical movements in American pop music from roots to the digital age. (Oxford University Press) 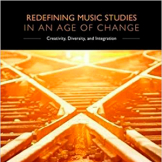 Music Education professor Patricia Shehan Campbell and colleagues Edward Sarath of the University of Michigan and David Meyers of the University of Minnesota suggest new frameworks for transforming the ways in which music studies are taught in institutions of higher learning. Responding to the needs of a rapidly changing world, the authors, all of whom are professors of music or music education at leading state universities, suggest that a foundational, systemic overhaul of the traditional European-based classical system might most effectively be considered from perspectives centered around creativity, diversity, and integration. (Routledge) 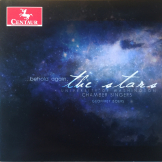 The UW’s only professional-level choir, the UW Chamber Singers, under the direction of School of Music associate professor Geoffrey Boers, makes its professional recording debut with this collection compiled from sessions in 2014 and 2015 recorded at Seattle’s St. Mark’s Cathedral and St. Joseph’s Parish. Produced and engineered by Bill Levey, Via Audio Seattle, the disc includes music by Stephen Stucky, Claudio Monteverdi, Arvo Pärt, Jake Runestad, Eric Whitacre and others, including choral alum Eric Barnum’s “The Stars Stand Up in the Air.” (Centaur) 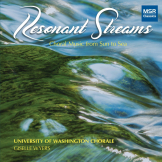 A collection of the ensemble’s best recordings from 2014 through 2016, this third release by the University of Washington Chorale (Giselle Wyers, director) gathers works by Holst, Bouzignac, Charpentier, and Fauré, Wyers’s original work, “And Love Be Written on Running Water,” several Chinese and Swedish folk songs, and Richard Rodgers’s Oklahoma in a robust and diverse recording, the choir's first on the MSR Classics label. With Sarah Riskind, assistant conductor. (MSR Classics) 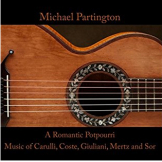 Guitarist Michael Partington returns to the 19th century repertoire that formed the basis of his early musical development in this 2017 collection of concert repertoire and shorter works by Mauro Giuliani, Fernando Sor, Fernando Carulli, Napoléon Coste, and Johann Kaspar Mertz. With an eye toward greater appreciation of repertoire he may once have dismissed as simplistic, the guitarist pays homage to the “pieces written by guitarists, for guitarists,” performed on a mid-1800s French Romantic guitar selected for the lighter tone and distinctive sound unencumbered by the dark bass tones of the modern instrument. The result is a two disc, 24-song collection of largely neglected repertoire carefully chosen and shown the respect and attention it deserves. (Rosewood Guitar) 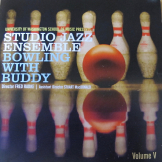 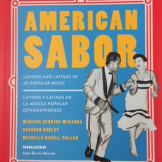